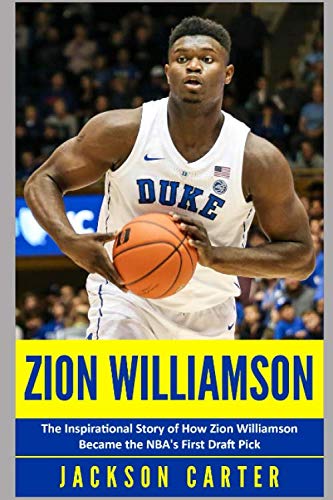 In the dark of a Carolina night on the edge of morning, a young man is awoken by an alarm at 6 am. He wakes up, groggy from his sleep and thinks about how easy it would be to hit snooze and go back to sleep. But he knows he is destined for something great, a future that will require a little extra of him,so he laces up his shoes and heads to the gym to outwork the competition before they even wake up.“A once in a generation athlete”“The most explosive athlete to play the game”People have tried to describe Zion Williamson in a variety of different ways, but none of these descriptions really capture the true essence of who is his. In Zion Williamson we will tell the story of how Zion went viral with his powerful dunks and captured the nation’s attention by overcoming a potentially devastating injury.The story of Zion Williamson isn’t just a story of someone who was gifted with nearly infinite athletic talent and coasted on it. It’s the story of a young man who accepted the challenge of being a highly talented athlete and became Zion, a cultural icon.