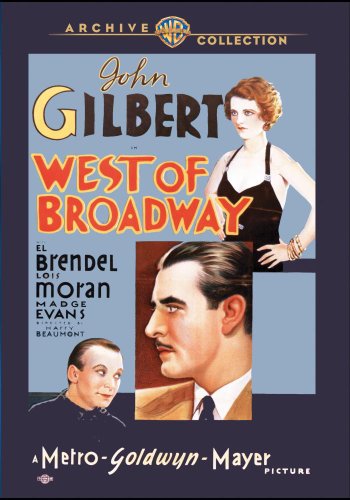 Hard-drinking New York socialite Jerry Seevers returns from WWI combat and finds that his fiancée now loves someone else. Drunkenly, Jerry retaliates by marrying party girl Dot. But the next morning he wants out of his vows and flees west to his Arizona ranch – only to find that Dot has arrived there before him. Can her love win out over his weakness for booze? John Gilbert, whose silent-screen prominence and subsequent career crash after the advent of sound is one of Hollywood’s most legendary rise-and-fall tales, plays Jerry. A notable cast joins him, including Lois Moran as Dot, Madge Evans as the fiancée, plus Willie Fung and ex-vaudevillian El Brendel (some of the bits and attitudes involving the latter pair can be charitably described as being of their time). But the story’s center, of course, is Gilbert in a pre-Code portrayal that gives classics fans the chance to judge for themselves his talents as an actor in Talkies.