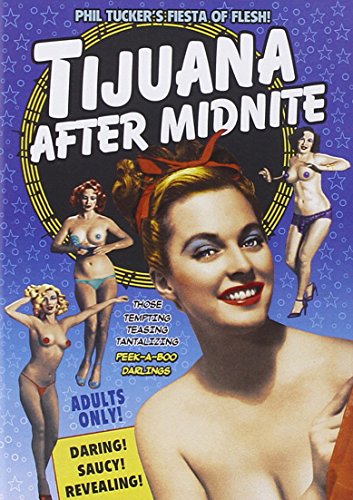 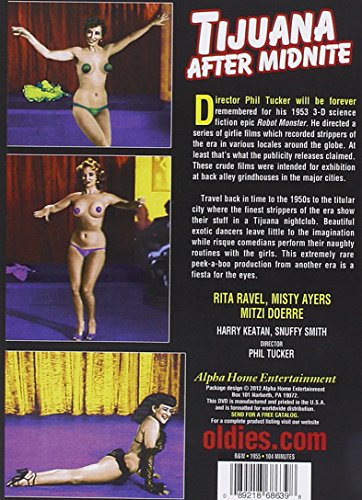 Director Phil Tucker will be forever remembered for his 1953 3-D science fiction epic Robot Monster. He directed a series of girlie films which recorded strippers of the era in various locales around the globe. At least that’s what the publicity releases claimed. These crude films were intended for exhibition at back alley grindhouses in the major cities.

Travel back in time to the 1950s to the titular city where the finest strippers of the era show their stuff in a Tijuana nightclub. Beautiful exotic dancers leave little to the imagination while risque comedians perform their naughty routines with the girls. This extremely rare peek-a-boo production from another era is a fiesta for the eyes.