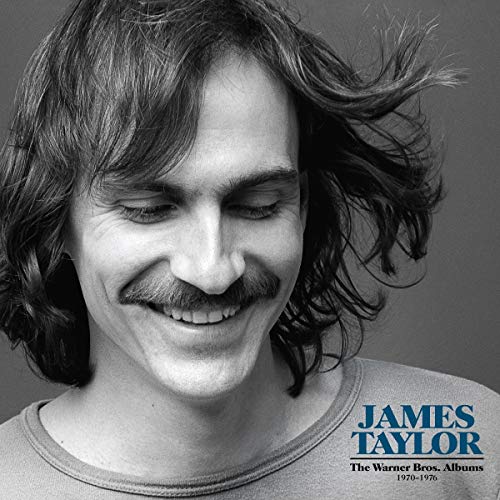 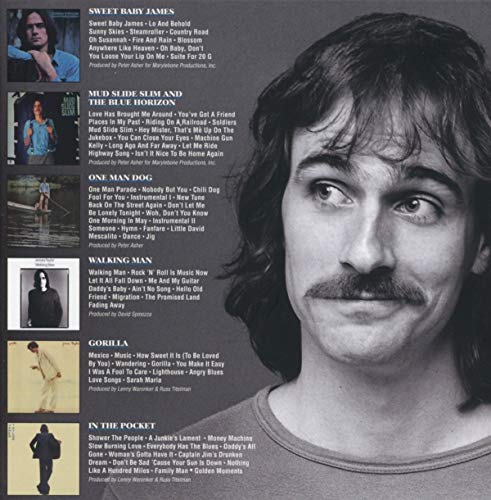 Between 1970 and 1976, James Taylor released six albums with Warner Bros. Records that became the foundation for his unparalleled career that includes five Grammy® Awards, induction into the Songwriters and Rock and Roll Halls of Fame, and more than 100 million records sold worldwide.

Each album in the set has been remastered, a process overseen by Peter Asher, who signed Taylor to the Beatles’ Apple Records label in 1968, worked as his manager for 25 years, and originally produced several of these albums.

–
In the collection’s liner notes Asher writes: “Revisiting these albums several decades later has been revelatory, nostalgic, and exciting. I have heard bits and pieces frequently over the years, of course, but listening with concentration and in detail to each of the original tapes without interruption has been a thrilling luxury.”
–

–
The collection is filled with some of Taylor’s most iconic and beloved songs like “Sweet Baby James,” “Fire And Rain,” “Don’t Let Me Be Lonely Tonight,” “Walking Man,” “How Sweet It Is (To Be Loved By You),” “Mexico,” “Shower The People” and “You’ve Got A Friend,” the later which was Taylor’s first #1 hit and earned him his first Grammy Award (Best Male Pop Vocal) in 1971.
–
The collection also offers up some spectacular deep cuts like his acoustic lullaby “You Can Close Your Eyes” from Mud Slide Slim and the Blue Horizon; the 10-minute song cycle that closes One Dog Man; “Rock ’n’ Roll Music Is Now” from Walking Man, which features backing vocals by Paul and Linda McCartney; and “Don’t Be Sad ’Cause Your Sun Is Down” from In the Pocket, a song Taylor wrote and recorded with Stevie Wonder.
Read more
Learn what other customers say about this product Read more