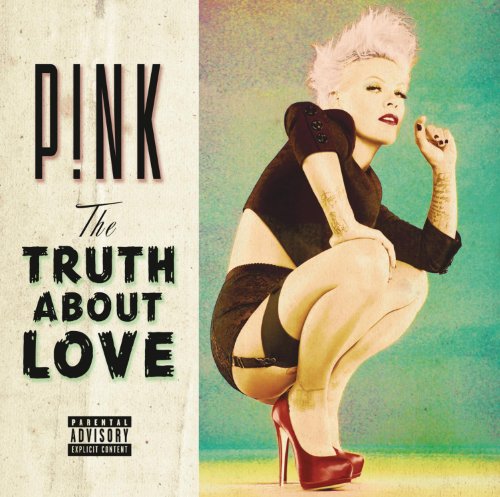 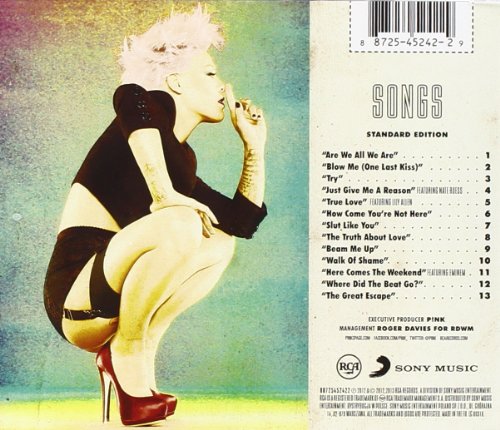 The Truth About Love

P!nk has teamed up with producer Greg Kurstin (Lily Allen, Red Hot Chili Peppers, Foster The People & The Shins) for the very first time on this release along with long time collaborators Max Martin and Shellback, Billy Mann and Butch Walker. She has also worked with songwriter/producer Dan Wilson (Adele’s Someone Like You). The album is P!nk’s unique take on the different shades of love the dark, the light, the happy and the sad.

Since her debut in 2000, P!nk (Alecia Moore) has released 6 albums (Can’t Take Me Home, M!ssundaztood, Try This, I’m Not Dead, Funhouse, Greatest Hits So Far!!!), sold over 30 million albums, 65 million singles (nearly 20 million digital tracks), over 1 million DVD’s worldwide and has had 11 singles in the top 10 on the Billboard Hot 100 Chart. In addition, 15 of P!nk’s singles have reached #1 in at least 1 or more countries. She is the recipient of 3 Grammy Awards, 2 Billboard Music Awards, 5 MTV Video Music Awards, 2 MTV Europe Awards, 2 People’s Choice Awards, and many more. P!nk’s last studio album Funhouse debuted at #2 on the Billboard Top 200 chart and #1 in the UK, Australia, Netherlands, New Zealand and Switzerland. The album produced the smash single “So What”, which marked P!nk’s 2nd #1 single on the Billboard Hot 100 (after “Lady Marmalade”). Her latest album, Greatest Hits So Far… debuted in the Top 10 in over 13 countries and spawned the hit singles, “F**ckin Perfect” which reach # 2 on the Billboard Hot 100 and “Raise Your Glass” which marked P!nk’s 3rd #1 on the Billboard Hot 100 Chart.