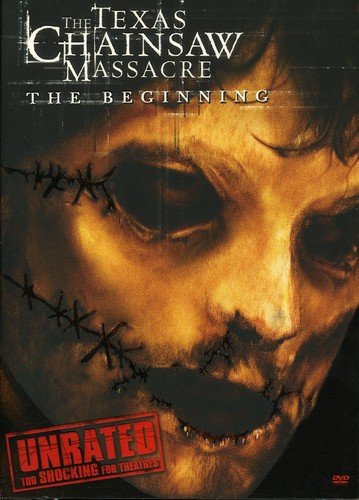 In 1939, a worker has an abortion while working in a slaughterhouse and dies. The deformed baby is dumped in a garbage container and found by a beggar who brings him home. Along the years, the freak creature called Thomas is raised by the Hewitt family, working at a meat plant. In 1969, when the facility gets close down, deformed insane Thomas kills the foreman. His deranged stepfather executes the sheriff that is going to arrest Thomas, and assumes his identity and entitling himself as Sheriff Hoyt. Meanwhile, the brothers Eric (Matthew Bomer – “Flightplan”) and Dean (Taylor Handley – “Zerophilia”) are traveling in a Jeep with their girlfriends Christie (Jordana Brewster – “The Fast and the Furious”) and Bailey (Diora Baird – “Wedding Crashers”). When the group has a car accident, Hoyt arrests Eric, Dean and Bailey and brings them to his house. Christie follows them trying to rescue the trio, trapped in the house of sadistic and insane cannibals, in a trip of horror and gore.