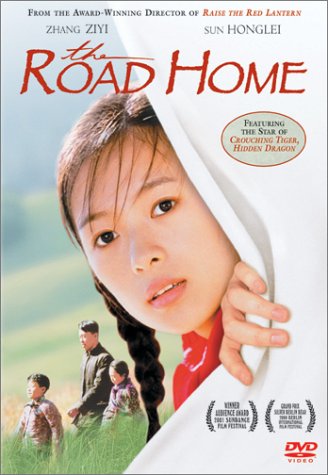 From the award-winning director of such acclaimed films as Raise the Red Lantern and Ju Dou comes aromantic drama whose story is as beautiful as the cinematography. THE ROAD HOME will take you on anunforgettable journey filled with romance, culture and tradition. When his father dies, Luo Yushengreturns from the city to his childhood village where his father was the much-revered local teacher.But what begins as a short trip to bury his father becomes much more when he learns his mother wants a traditional burial for her beloved husband. She wants to have him carried by foot, honoring the belief that a body returned this way will never forget the road home. As Yusheng enlists the men needed to fulfill her wishes, the story of his parents’ love affair unfolds. In the days of arranged marriages, he learns theirs was the first based on love.