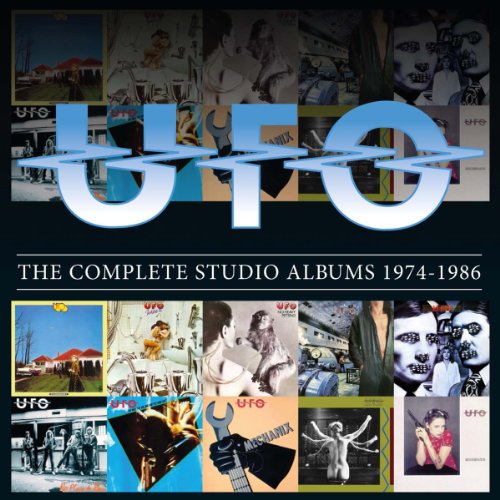 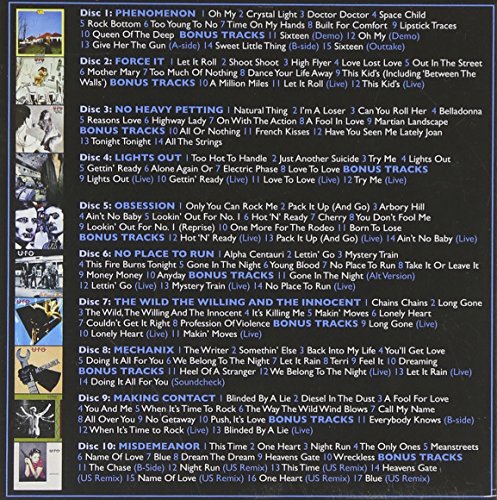 The Complete Studio Albums 1974 1986 is a 10CD boxset of the band s classic studio albums. Being released on 24th February, this product comes just before the band s early spring European tour. This 10 CD box set includes over 40 additional B-Sides, live tracks and rare bonus material to accompany the re-mastered audio of the ten original albums (Re-mastered in 2007/08/09 respectively). It also includes artwork for Force It that has previously only ever been released in the US, making this box a must have for UFO fans.