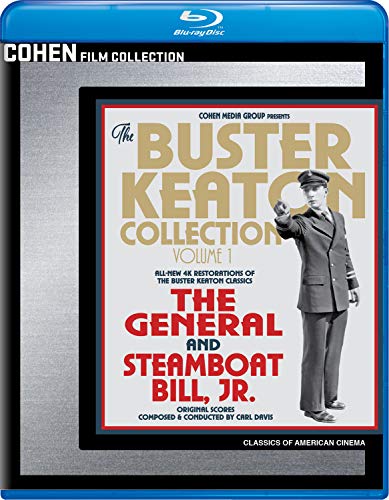 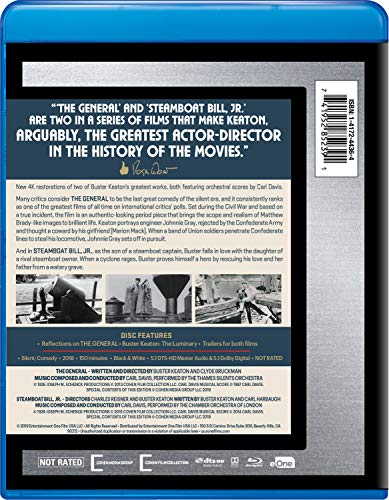 New 4K restorations of two of Buster Keaton’s greatest works, both featuring orchestral scores by Carl Davis. Many critics consider The General to be the last great comedy of the silent era, and it consistently ranks as one of the greatest films of all time on international critics’ polls. Set during the Civil War and based on a true incident, the film is an authentic-looking period piece that brings the scope and realism of Matthew Brady-like images to brilliant life. Keaton portrays engineer Johnnie Gray, rejected by the Confederate Army and thought a coward by his girlfriend (Marion Mack). When a band of Union soldiers penetrate Confederate lines to steal his locomotive, Johnnie Gray sets off in pursuit. And in Steamboat Bill, Jr., as the son of a steamboat captain, Buster falls in love with the daughter of a rival steamboat owner. When a cyclone rages, Buster proves himself a hero by rescuing his love and her father from a watery grave.