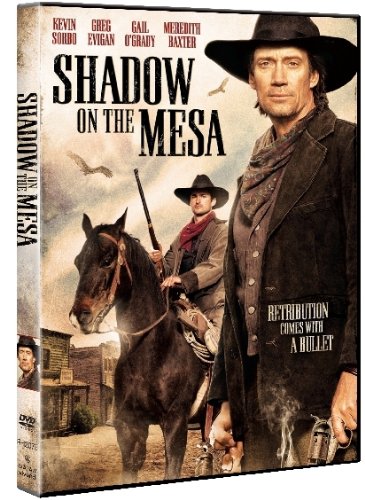 Shadow on the Mesa

Wes Rawlins is considered one of the best bounty hunters in the West. His life changes when he finds out that his mother is dead and the man responsible is still at large. Wes believes that his long lost father Ray Eastman is responsible and sets out to find him seeking revenge. Instead, he discovers that his father is involved in a territorial battle with a greedy landowner. As Wes draws close to the family he has never known, he stays to help them defend their homestead. Starring Kevin Sorbo, Greg Evigan, Gail O’Grady and Meredith Baxter.