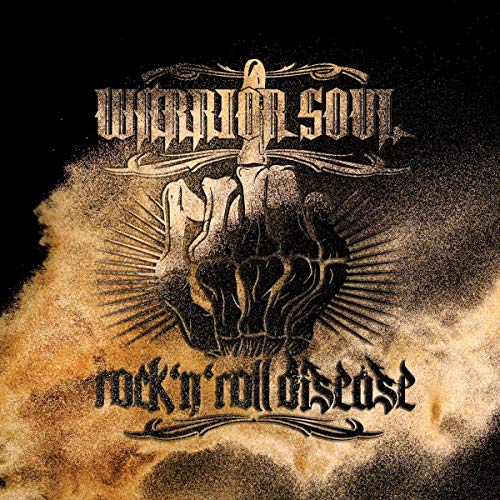 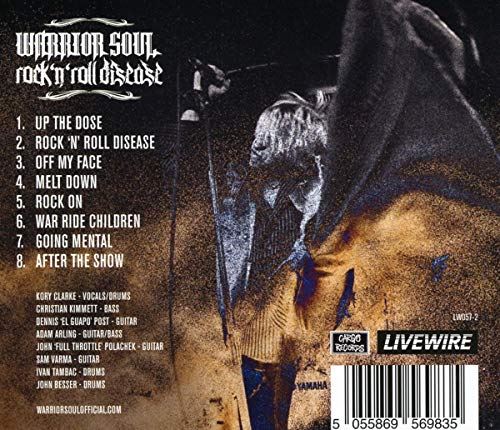 Comin’ in again with all guns blazin’ – Warrior Soul have a new record set for release in June ’19, affectionately called ‘Rock n’ Roll Disease’. The album is the follow up to last year’s very successful and critically acclaimed, raw and raucous ‘Back On The Lash’ release. RnRD promises to turn out to be a real stormer. “We are going for the same feel as ‘Lash’ but honing it in more and picking it up a bit. Back On The Lash was raw, fun and loose, this is too, but we are pushing it all over the top” says main man Kory Clarke Clarke is using the same writing and playing team in the studio as the Back On The Lash release ensuring continuity and allowing him to keep hitting his current rich vein of form – Song titles include Up The Dose and Off My Face Oh yes, if you wanna start your Summer rockin , go out and get a ‘Rock n Roll Disease’. “We live on credit, we live on dope, there’s no promises When you’re livin’ on hope”- Blown Away (lyrics by Kory Clarke). There’s been a lot of speculation lately about the ‘death of the rock star’. We keep losing them, but we don’t make any new ones. Part of the reason is that there just isn’t a million-dollar infrastructure to create megawatt stars anymore at least not the kind that play distorted guitars, and part of it is just a radical shift in the culture towards quieter, insulated lifestyles.” – “You mighta had dope, guns, and riots in the streets, but your kids have smartphones and Netflix and they could not care less about your cyclops revolution. Which is a bit of a nightmare for the last true rock star, a wild-card from the streets of Detroit, Kory Clarke who made his reputation and career on being the baddest motherf*cker in all of Badsville with an incendiary socio-political agenda and a roar-for-war that rattles mountains.” Classic Rock. Warrior Soul shows aren’t just gigs. They are profane sermons delivered with high velocity and maximum volume and this is what this new Warrior Soul album is all about!