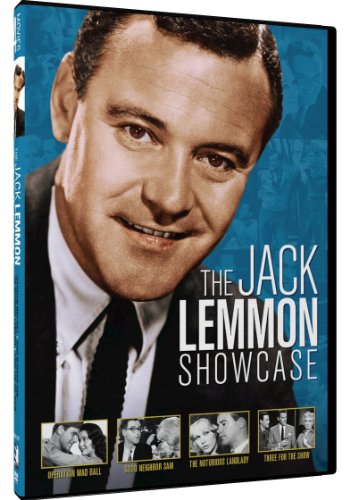 An Early Look At An Academy Award-Winning Actor!

Eminently versatile, Jack Lemmon was an actor’s actor – the sort who made it look easy as he lit up the screen in everything from powerful dramas to irresistible comedies. This collection of four classic comedies showcases the legendary talents of the one and only – Jack Lemmon.

In this wacky military spoof, Lemmon plays a terminally bored Army private waging a war of wits as he tries to throw a party under the nose of his obnoxious commanding officer.

In this delightfully daffy comedy romp, Jack plays a very married ad man who poses as the husband of a sexy single girl to help her land a big inheritance.

An engaging mix of larceny and laughs when an American diplomat and his alluring London landlady stumble into a caper filled with stolen jewels, murder and comedy mayhem!

Julie becomes a widow after her husband is killed in action. Shortly after she remarries but soon finds out her first husband is still alive!