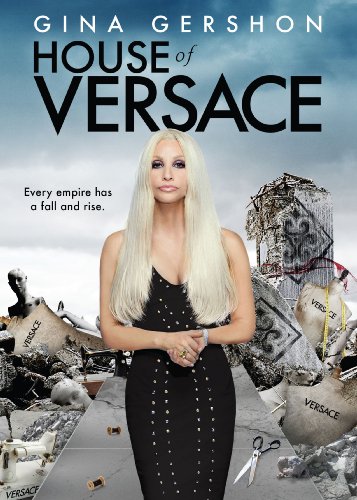 The Lifetime(R) Original Movie HOUSE OF VERSACE is the story of fashion icon Donatella Versace and her triumph over tragedy following the death of her brother, Gianni Versace (Enrico Colantoni). Based on WALL STREET JOURNAL reporter Deborah Ball’s widely read book HOUSE OF VERSACE: THE UNTOLD STORY OF GENIUS, MURDER, AND SURVIVAL, the movie follows Donatella (Gina Gershon) as she is suddenly thrust into the spotlight as head designer of her brother’s fashion empire. Ridiculed by critics worldwide, her runway shows received scathing reviews. As the company begins to hemorrhage money, Donatella falls victim to drug addiction and nearly bankrupts the business. With the help of her family — including daughter Allegra, Aunt Lucia (Raquel Welch) and brother Santo (Colm Feore) — she enters rehab to confront her demons and soon comes back stronger than ever with her own vision to re-ignite Versace as one of the most powerful fashion houses.