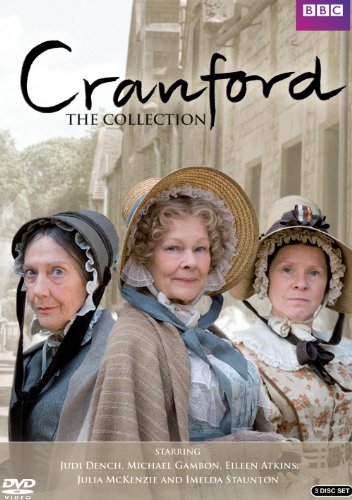 Cranford: 1842. Cranford, a market town in the North West of England, is a place governed by etiquette, custom and above all, an intricate network of ladies. Despite the most vigilant eyes and ears, however, the town still has its secrets. And while it seems that Cranford life is conducted according to strict social rules, Cranford is on the cusp of change…Return to Cranford:Cranford is modernizing quickly despite the best efforts of its aging spinsters. The shadow of the railway still looms, although the line is currently halted five miles out of town – a disasteras far as Captain Brown is concerned. Meanwhile, Miss Marr (Dench) is trying to get some of the town’s young people together, but when tragedy strikes, she fears she has opened a Pandora’s Box from which Cranford will never recover.