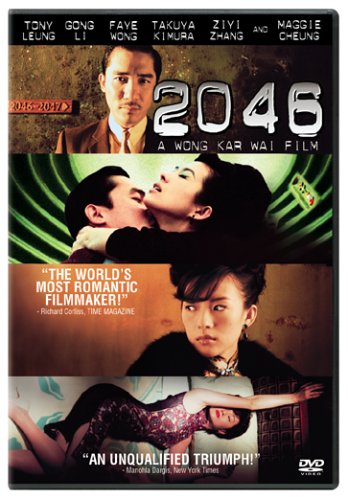 A Hong Kong writer finds inspiration from the women he’s encountered in his past in this futuristicstory of love and memory from Wong Kar Wai, who continues the story he began in his acclaimed masterpiece In the Mood for Love. Remembering back to the early 1960s, when he lived in the Oriental Hotel in Hong Kong, Chow (Hero’s Tony Leung) writes an erotic story that begins with a mysterious woman who lived in room 2046. Chow moves into room 2047 and begins an affair with a beautiful prostitute who now rents the mysterious woman’s room. As he writes his story, which he sets in the future year 2046, Chow tells of a place where people travel to recapture lost memories; he is the first one to return. Nominated for the Golden Palm Award at the 2004 Cannes Film Festival, 2046 also stars Ziyi Zhang (Crouching Tiger, Hidden Dragon), Gong Li (Memoirs of a Geisha) and Maggie Cheung (Hero).